HUD, Landlords and the Violence Against Women Act 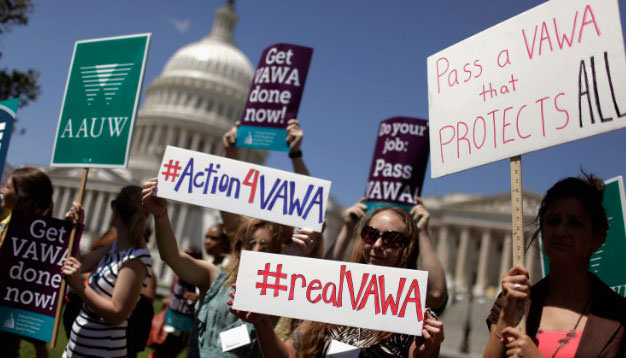 HUD, Landlords and the Violence Against Women Act

HUD’s final rule regarding the implementation of the housing protections authorized in the Violence Against Women Reauthorization Act of 2013 (VAWA) was published in the Federal Register on November 16, 2016. With the goal of providing protected housing for survivors of domestic and dating violence, as well as sexual assault and stalking, HUD requirements for landlords regarding the Violence Against Women’s Act went into effect in January of 2017.

Under the Act, landlords accepting Section 8, or any other government subsidized housing tenants, must now provide all applicants and existing tenants with a copy of the Notice of Occupancy Rights under the Violence Against Women Act.

This document states survivors of domestic abuse cannot be denied assistance as an applicant, nor can they be evicted or have their subsidized housing terminated due to having been a victim of domestic violence, dating violence, sexual assault, stalking, or for being affiliated with a victim of any of the above. Further, survivors and their dependents are to be granted emergency transfers to any available safe unit if remaining in their current abode gives them reason to fear for their lives and/or safety.

Perpetrators of violence have also been known to acquire credit cards in a survivor’s name, and commit other acts with the consequence of ruining their victim’s credit history. They have also inflicted damage upon their victim’s property, causing them to face eviction and/or become saddled with a negative rental history. Still other domestic violence survivors have been forced to participate in criminal activities and/or been arrested in response to policies requiring the arrest of both parties in a domestic disturbance. To counter the effect of these situations, VAWA restricts landlords from denying tenancy or occupancy rights based upon any factors directly resulting from being a survivor of domestic violence.

Survivors often need to move to a new home immediately to ensure their safety. In recognition of this, HUD has determined they can self-certify to qualify for protection under VAWA. This eliminates potential delays caused by having to wait for third-party documentation.

To make compliance easier for property owners and their agents, all VAWA-related forms have been made available for download at HUDClips.

A more thorough explanation of VAWA, as well as instructions for the employment of documents regarding HUD, landlords and the Violence Against Women’s Act is provided at HUD.gov.

Learn more about how the HUD is changing laws around the Violence Against Women Act by  subscribing to our real estate blog.

Get a free rent estimate