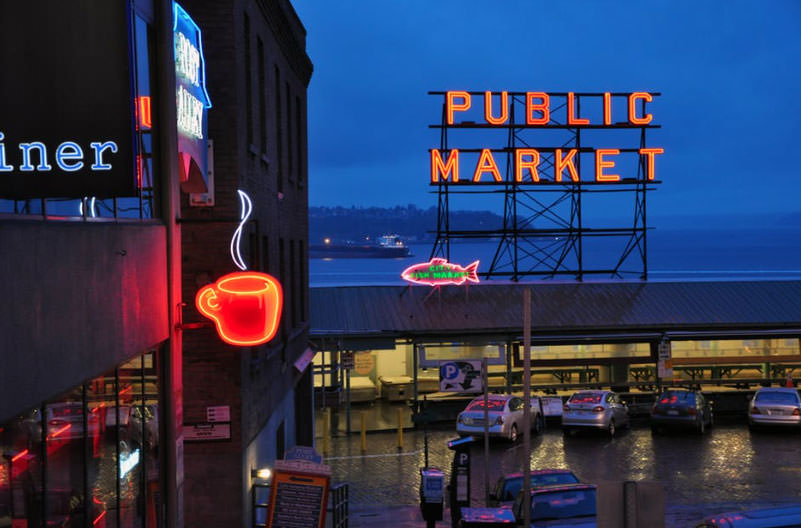 The Greater Seattle Area is experiencing its most intense real estate market in history. In King County, the median single-family home price increase 18.2 percent this August 2017 compared to August 2016. This has real estate investors turning their heads towards the Emerald City.

Historically, Southeast Seattle has been known as the most affordable area of the city. Mike Rosenberg from The Seattle Times reported prices soared over 20 percent here compared to a year ago. Prices in Shoreline are up 33 precent. In both Southeast Seattle and Shoreline, median prices are $610,000. These numbers are definitely changes the game for real estate investing in the Seattle area.

The number of homes listed over a million dollars across Western Washington has grown 52 percent this year. This means the inventory of housing below a million dollars is shrinking, and affordable housing will become a larger issue in the upcoming months. Some say this is because of the recent surge in Seattle real estate development. Others say it is because of Amazon’s and Microsoft’s tech boom. 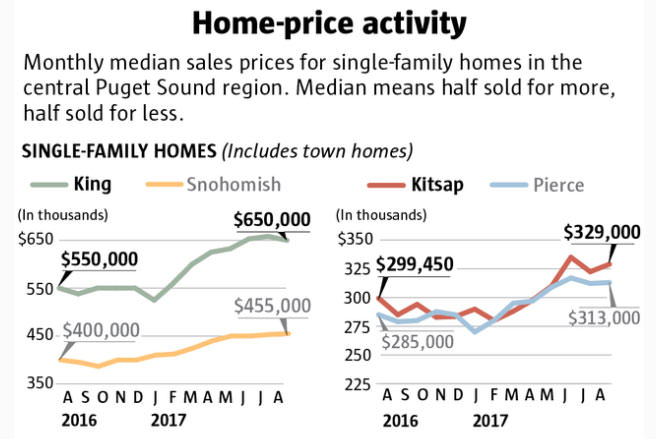 Countywide, the median home price increased by $100,000 since 2016. The median price for a home in King County is $650,000 according to the Northwest Multiple Listing Service.

In the City of Seattle, the median price hit $730,000, up 17 percent from 2016. This is astronomically high however still down from the record reached a couple months ago. Enumclaw, Renton-Highlands, Skyway, and Kirkland-Bridle Trails all saw a spike of more than 20% in the recent 12 months. This overall makes real estate investors more interested in expanding to these outer areas as a means of purchasing property.

How is this affecting the rental industry? As of July 2017, Seattle listed as the 8th most expensive rental market in the United States:

Related: How Much Could $1,600/month get you for a rental near Seattle?Up Next: Get to Know the Neighborhoods of Seattle

This type of real estate activity is not common for this time of the year. Price growth usually will peak in the spring and plateu in the summer. In 2017, prices are still peaking as we are going into the fall.

“It’s been a very unpredictable market […] I don’t think we’re going to see a break in the next few months. We’re going to see it just as competitive going through the fall as we did in the summer.”

Long term homebuyers who are interested in settling down may consider now purchasing property elsewhere outside of King County. While this might be a downfall in the shortrun for these homebuyers, in the longrun, it might result in more urban development in areas other than King.

Homeowners in other areas may begin to compete with King County and improve the aesthetic of their home. The most common would be a kitchen renovation that can update the look of your home. Take a look at a handy tool we recommend for estimating the cost to remodel a kitchen to get you started by Kukun.

If you think this is all speculation, then be prepared for these statistics. The average home seller in Seattle last year made $185,000 profit, a 53 percent return on investment. This is almost five times the national average and one of the highest in the country according to Zillow.

Seattle Real Estate Investing continues to show signs of immortality. The real question is, when is the right time to invest in real estate here, and for how much?

Renting out your property in the Greater Seattle Area? Schedule a free rental property estimate to see how much your home is worth!