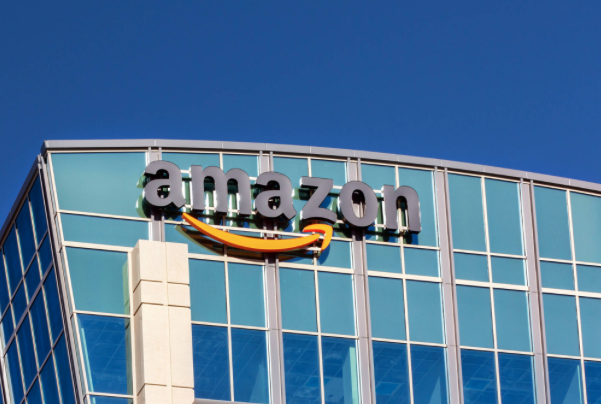 Amazon has made a name for themselves as a tech giant with over 340,000 employees and dozens of acquisitions. The company who transitioned from first a website to order books to a marketplace to order everything is now looking to open their second headquarters in North America. Whichever city Amazon decides on will be a cash cow for real estate investors.

Amazon publically announced this project on their main page that allows city representatives submit their proposal for Amazon to establish base in their city. More than 100 potential cities across North America are working on bids, including Boston, Chicago, Denver, New York, and Toronto.

Amazon is asking for a population center to be within 30 miles of their “Amazon HQ2”, an international airport within 45 minutes, major highways within two miles, and direct access to rail, train, subway, metro, and bus routes.

“We expect to invest over $5 billion in construction and grow this second headquarters to include as many as 50,000 high-paying jobs.” 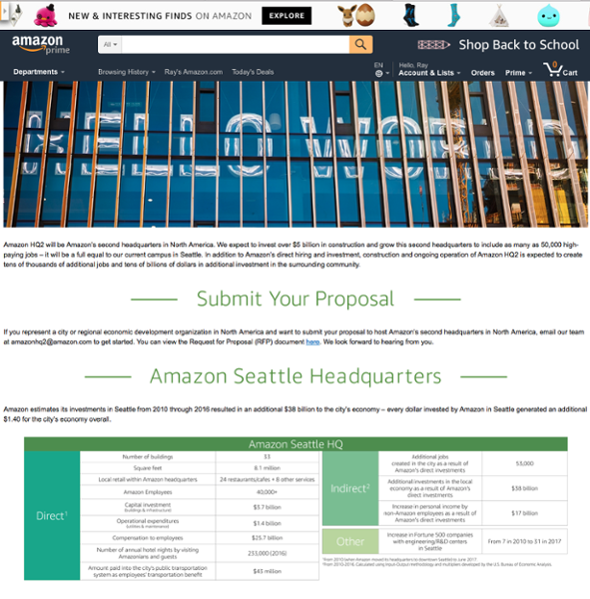 Wherever Amazon decides to build their new offices, residents of the city can expect major economic change. As a comparison, Amazon’s Seattle headquarters brought in $38 billion to the city’s economy during 2010 to 2016 and is expected to do the same in their new location. A real estate investor, who owned a home in Seattle before 2010, could have easily doubled their profit if they sold their investment today.

Rick Sobey of the Lowell Sun states, “In addition to Amazon’s direct hiring and investment, construction and operation of the new headquarters is expected to create tens of thousands of additional jobs, and tens of billions of dollars in investment in the surrounding community.”

Imagine owning a home that was purchased in Amazon’s HQ2 city before 50,000 employees moved in. Now imagine how much that property would be worth in ten years after 50,000 employees moved in and $38 billion has been brought into the city. It is risky to bet on a single company however economics never lies. Employees will need housing, and your home can start a bidding war.

Related: How Much Could $1,600/month get you for a rental near Seattle?

Take a look at our free buy and hold blueprint of how to qualify a real estate investment that discusses in depth of how to find a property for investment.

If you have the guts to take the risks and purchase a home in Amazon’s HQ2 city once the location is announced, then go for it. Buy and hold real estate investing is all about taking risks and investing in the future. You can turn it into a rental and sit on a stack of passive income for the next 10 years or flip it and sell it in 5 years to double your profit.

Go for the gold and invest in the future. Which ever city Amazon decides on, it will be interesting to see their affects on economy, transportation, government, and most importantly, housing.

Interested in renting out your property? Schedule a free rent analysis to see how much your property is worth!

Renting your property? Get a free rent estimate